Joyo Shuzo, makes their precious Sake, from October to March, in the typical sake brewing season of winter. Joyo “Kurabito”(brewery workers), led by “Toji”(Master of brewery), work on producing Sake, all day and all night during this brewing period, all by hand, no machinery used. It is more than important when it comes to the process on “Moromi”(rice mash) growing. “Moromi” has been growing and changing, without staying in the same state even in a second. The “Toji” and “Kurabito” are taking closest look on “Moromi” and take the best care for it to be more than best. They literally face up to “Moromi” and take the best care for it all day and night during the brewing season.

Joyo is located at the Yamashiro area, where is fully blessed with good quality underground water, and that blessed water realizes what they want sake to become; sake that you can enjoy drinking all the way while it stays very clear and sophisticated to be throughout enjoyable.

“Shikomi Mizu” (brewing water) is from the Kizu River, available from the well located in our “Kura” (brewery), 100 meter under the ground. This water is very soft (hardness of about 18mg/litter). Therefore, they never use any drip of tap water but use this “Shikomi Mizu” for any purposes, including for cleaning and washing. 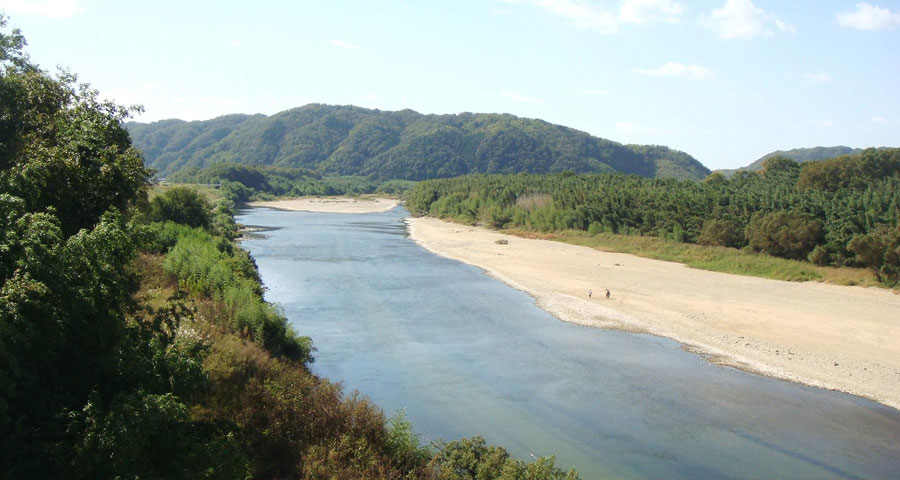 All the rice they use for brewing is “Shuzo Koteki Mai”(designated sake rice). Mainly they use “Yamda Nishiki” from Hyogo(the King of sake rice), “Iwai” from Kyoto(Kyoto representative sake rice), and “Gohyaku Mangoku”(one of the most prestigious sake rice).

Since 2016, their licensed farmer, the Maekawa, located the famous rice area of Hyogo (at Ichikawa-town, Kanzaki, Hyogo), have provided them with good quality sake rice from their blessed area. They can make their better sake with their better rice, while dedicating themselves hand-in-hand with the farmers, featuring good characteristics of Yamashiro area. 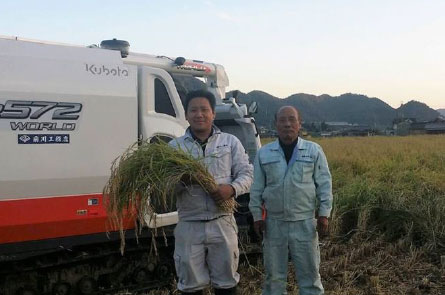 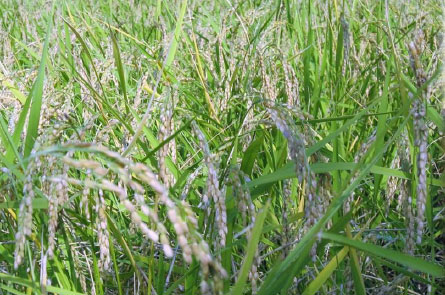 They want their sake to grow up, as being very fresh in its acidity with indicative of rice “Umami”, having quick and sharp after-flavor. To realize this, all their sake are all unfiltered, one-time pasteurized after bottled (in general traditionally pasteurized twice). Because of this process, you will see a little CO2 gas in our bottle, and that is the evidence of sake as is still fresh, as only fresh sake contains a little CO2 gas remained in a bottle.

They bottle our very fresh sake immediately after pressed “Moromi”; that is literally as soon as possible. Furthermore, they choose the way of pasteurizing sake in bottles (not in tanks), because they can much more detailedly control the degree of sake temperatures in bottles, compared to those in tanks. Thus, this process of the pasteurizing takes 3 whole days, rather than 3 hours when they use machinery. By all means, they insist on doing this as they see the outcome, although it takes much more labor on it.

As the result of this timing of bottling and the way of pasteurizing, that gives sake great freshness and sophisticatedly elegant flavor. You will find this well-organized quality even long after unscrewing a sake bottle, still with more potentials to grow remained.

As for temperature, In general, temperature control can’t be obviously missed, otherwise sake goes easily bad. They, of course, appropriately store sake in bottles, in the fridge at the range of -5 degrees through +5 degrees Celsius. And that makes sake with super-fresh flavor remained. 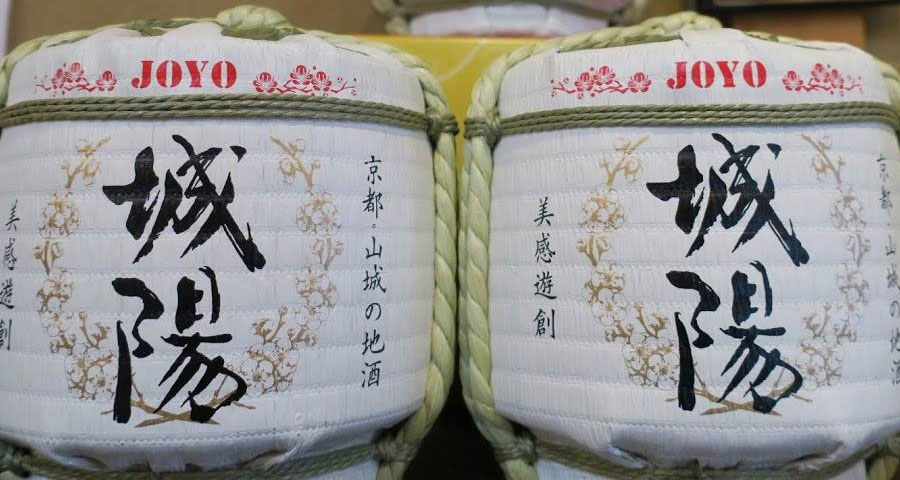 “Joshuhaku” is one of the premium plums, rather big sized and thick, with peach-like aroma.

Since 1991, they have made plum sake with 100% “Joshuhaku” in a simple way as to maximize its originally great fragrance and unique flavor.

Plum sake go on market after they get ripened in tanks of our brewery in 3 years or more. 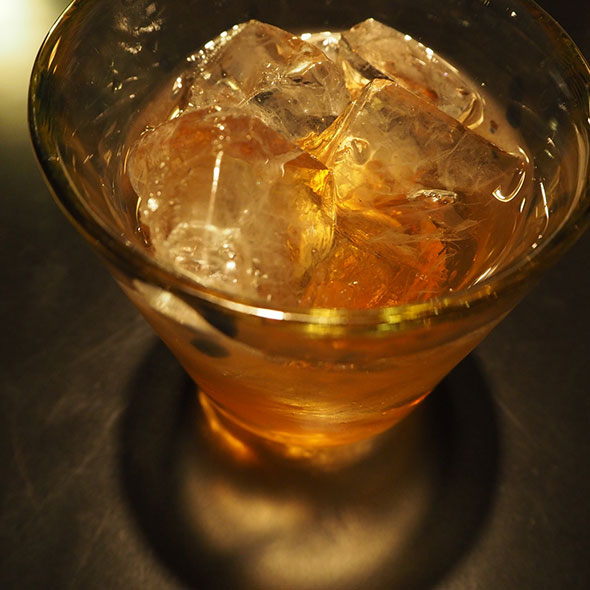 What Joyo Shuzo is

■Joyo Commitment:
Their commitment is on pursuing beauty which appealing to human sensitivity, with some joy and originality, in expressing in the conceptual word of “美感遊創” (“Bi-Kan-Yu-So”, literally meaning “Beauty, Feeling, Playing and Creating")

■Joyo Goal for Sake
Their sake is to be ultimate “shoku chu shu” (sake for drinking over meals; after aperitif and before digestif); being very fresh and elegant flavor right after opening a bottle, and enjoyable flavor with rice of “Umami” flavor, long-lasting until emptying the bottle.

[specification]
* “Saka Mai” (rice for Sake): our Sake are brewed by all “Shuzo Koteki Mai”, designated rice for sake, such as “Yamada Nishiki”, almost all from Hyogo, “Iwai” from Kyoto, “Gohyaku Mangoku” from Kyoto
* “Seimai Buai” (milling rate): 30%~50%
* “Shikomi”(brewing style): brewed very carefully as using only small tanks with 700kg ~ 1,000kg rice in
* “Bin Zume”(bottling):Bottling sake immediate after filtering “Moromi” (Rice mash), at least within 1 week after filtering
* All “Muroka”(unfiltered): Our all sake are unfiltered; both “Nama Genshu” (unpasteurized and undiluted) and pasteurized Sake are unfiltered
* “Hiire”(pasteurizing):one time pasteurizing only (pasteurizing bottled sake in hot water)
* Storage: after cooling down bottled Sake, bottled sake are all stored in fridges at -5 ~ +5 degrees Celsius
* Turnover: 50,000 1.8 littered bottles 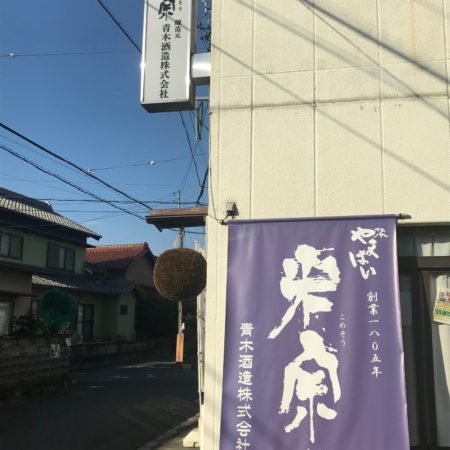 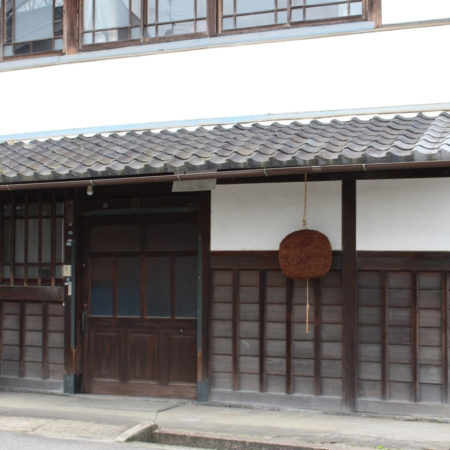